Impressionism of a different kind 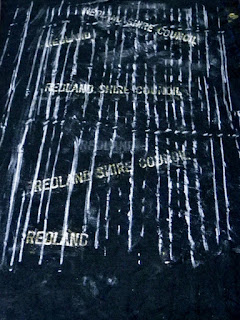 The WMBM came to Australia in 1986 - and first lived in the Redland Shire. I found a wheelie bin on Coochie  Mudlo Island and manufactured in 1986 - probably identical to the one WMBM would have put out each week as a new Australian. I made several rubbings of the wheelie bin text - including the warning "No Hot Ashes" against a background of the bamboo stick fence at our "resort". The Shiva residue on my fingers made for great "ghost" text in the background.
Other impressions were strewn along the beach - still pristine and fresh -  Coochie's beaches are liberally sprinkled with shells and coral pieces - a shared space with visitors to the Southern Moreton Bay Islands. 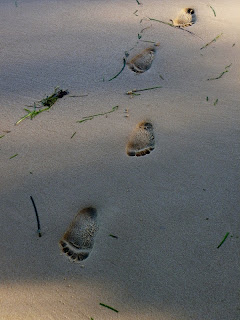 You are prepared for everything with your Shiva sticks- love it!